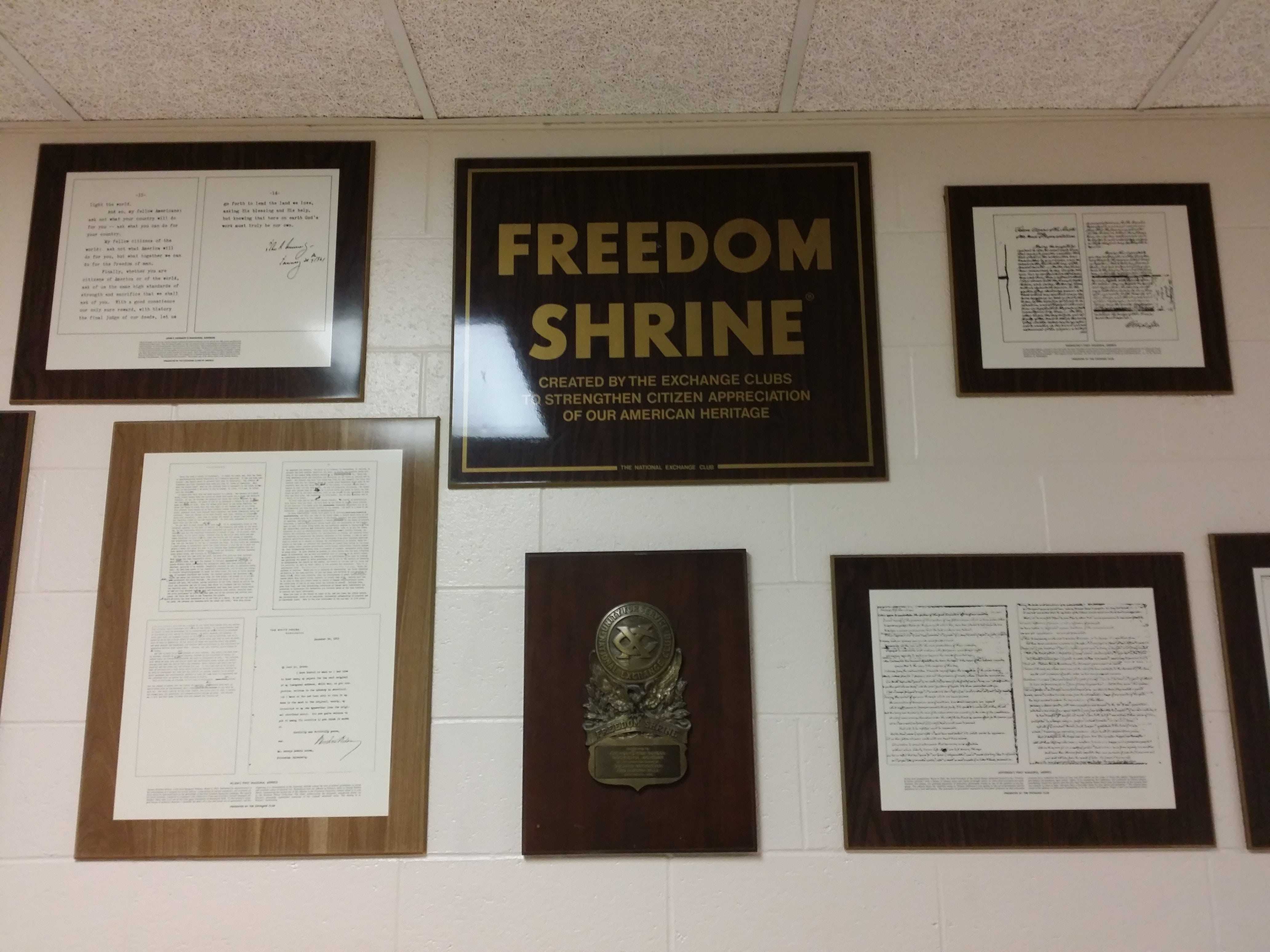 Donald J. Trump was sworn in as the 45th President of the United States on January 20. Trump was sworn in at approximately noon after Vice President Michael R. Pence. Trump’s inaugural speech was shrouded in controversy; although most outspoken critics are from the left, the established right also has cause for concern. The reason? Trump’s speech was about reviving the middle class instead of pandering specifically to the poor or wealthy.

This part of the speech served as an ultimatum to the establishment of the Democrats as well as the Republicans. The implication is if they do not strive to reform, they will be removed, thus showing that Trump will stop at nothing to eliminate as much corruption as possible. Despite picking a rather wealthy cabinet, Trump, in his speech, was trying to communicate to United States’ citizens that he will keep them on their best behavior while he presides over their nation.

The Republican establishment, despite supporting Trump throughout the election ( he was, after all, the Republicans’ nominated candidate in the presidential election), will have to recognize that Trump is going to be more populist than Republican. This means that he desires to support the interest of the common conservative rather than the uber rich.

“Every decision on trade, on taxes, on immigration, on foreign affairs, will be made to benefit American workers and American families,” said Trump, confirming his stance as a president of the people.

Trump also touches upon the social unrest between progressives and conservatives which has been plaguing the U.S since the mid 1900s. The most recent dispute is over what can and cannot be said, who is and is not oppressed, and who should and should not be allowed to enter the country.

“We are one nation — and their pain is our pain. Their dreams are our dreams, and their success will be our success. We share one heart, one home, and one glorious destiny,” said Trump.

The destiny which Trump speaks of is leading the world by example; he hopes other nations will look up to the United States again if his conservative policies go through, thereby reestablishing America as a world superpower.

Donald Trump’s inaugural speech was meant to give the American people hope, hope that the people may relive the American power of the mid-twentieth century. Whether or not we will get this power back is for fate to decide. President Trump’s words, however, are meant to hearten his supporters and reassure the skeptics that he is doing what he thinks is best for America; he is not influenced by what the career politicians, lobbyists, and special interest groups want, which is what is best for themselves. 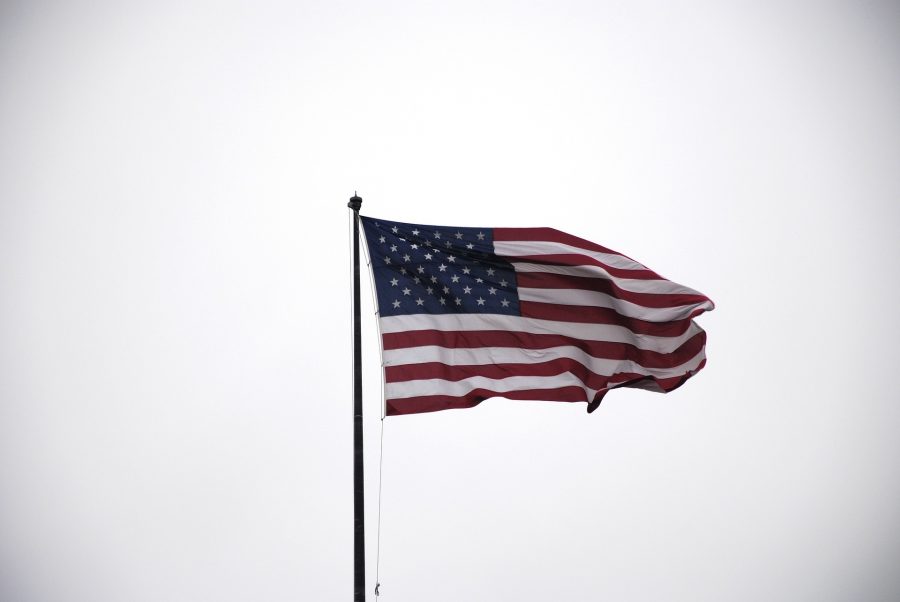 President Donald Trump, our 45th President of the United States of America, began his presidency with quite an interesting speech. Time and time again, past Presidents have used their inaugural speech as an opportunity to unite the country as one with their hopeful pledges and promises, with their words of encouragement and patriotic tone. Trump’s first true presidential address fell short of connecting the country. Instead, it actually divided the nation further.

Unlike previous leaders, Trump’s speech focused on what the country has done wrong in the past, as opposed to what he will do for the good of the United States. He viciously attacked the previous administration, all while boosting his own agenda. He attacked Obama’s presidency while Obama sat right behind him!  Not so surprising since disrespect seems to be a common theme in Trump’s America.

Trump discusses the “very sad depletion of our military”, but this fact is simply not true: the U.S. pays $815 billion every year for the military, while China, the United States’ closest competitor, pays only $146 billion. Additionally, there is no a shortage of patriotic Americans ready to fight. The only “sad” thing about our military is the fact that Trump is now its Commander in Chief.

There is irony in Trump’s mentality; in his speech, he spoke of a “select few” reaping the benefits of Washington while the majority of the nation suffers, but his cabinet picks are limited to the “select few” he speaks of. Trump wants to “drain the swamp”, yet he’s inviting the crocodiles in for a swim.

Speaking of the wealthy few, Trump’s speech felt entirely too financially involved. Sure, he could include his opinion on the United States’ debt here and there, but instead he went on and on about the loss of jobs and money in the United States. Trump had a platform, on Inauguration Day, to finally talk about something other than jobs, yet jobs remained the central topic of discussion. The word “jobs” was heard in his speech more frequently than “love”,”hope”, or “peace” combined.  How are the American people not yet sick of his job-centric rhetoric?

“[It was all very] underwhelming, and kind of scary… just a very negative atmosphere,” said senior Anna Carl.

The United States already feels like some horrific dystopia at this point. Ironically enough, Trump described the U.S.A as “carnage”.  Seriously?  Violent crime increased about 4 percent in 2015, but that is a small blip in a decades-long decline in crime. The truth is that the United States remains far safer than it has been in generations.

On foreign relations, Trump is treading a fine, fine line. To be honest, Trump’s tone was more aggressive than patriotic, and his promise to put “America first” felt like a complete and utter threat to just about the entirety of the rest of mankind. America has had strong allies for generations; what would happen if Trump drove them away?

At the very least, allies exist as a theoretical refuge for the millions of terrified people. Within his first few weeks as President, Trump has already upset several trade partners with his “America first” promise, including China, one of our most needed trade allies. Trump bashes China an awful lot, which is humorous considering his clothing line is made by Chinese hands.

In all seriousness, Trump has set some records. For example, he’s the first elected president in Gallup poll history to receive an approval rating below the majority level.  The primary message in his speech was clearly designed to appeal to the Americans who voted for him and included very little in the way of reaching out to those who did not.  For a President who failed to win the popular vote, you would think he would want to offer hope to all Americans.