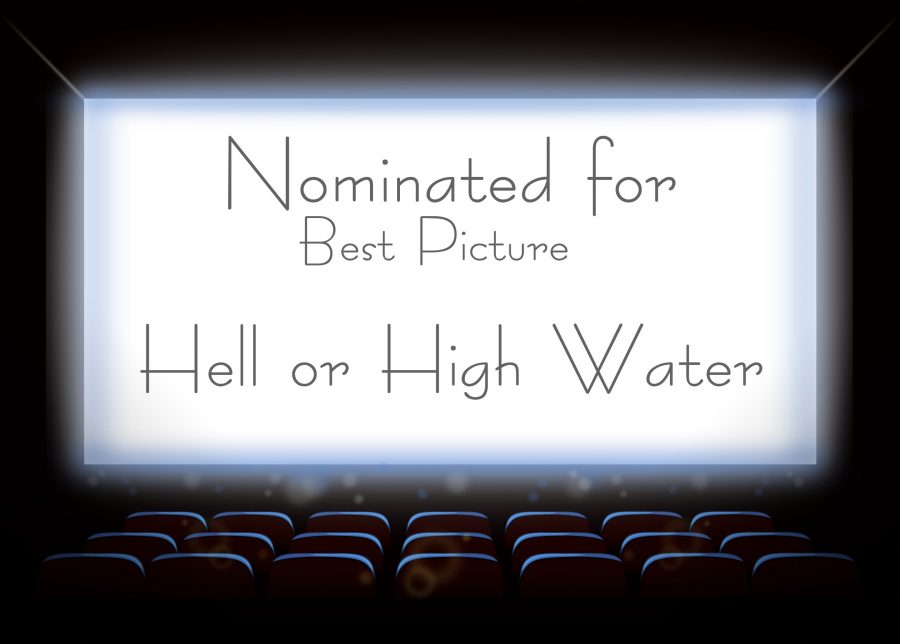 Hell or High Water hit theaters in August. Check out the trailer on Youtube.

Summary: The movie centers on two brothers: Toby (Chris Pine) is a divorced father trying to make a better life for his kids while Tanner (Ben Foster) is a short-tempered risk taker. They rob branches of a Texan bank that are conning them out of their money, behind closed doors. Greedy bankers are planning to foreclose the brother’s family ranch after the recent passing of their mother in order to make a profit. They are vengeful and plan to take back what belongs to them until they stumble upon the path of Ranger Marcus Hamilton (Jeff Bridges), who is seeking one last victory before his retirement. The three eventually face off in a final showdown which will determine who will come out on top; the law or two family rooted brothers. Hell or High Water is a western thief film that portrays an intriguing narrative of two anti-hero characters audiences feel conflicted for rooting on.

Who would love it: Audiences who want to see a good, old-fashioned western heist movie with a compelling narrative and interesting characters.

Why: This is a western film down to the tee. As mentioned in the summary, this film has a compelling narrative. Toby and Tanner Howard are responsible for rouge crimes, yet they are morally rooted characters. They are robbing banks because of the bank’s corruption and how they wronged them, so does this justify their actions? Here is the question viewers will be asking themselves throughout the duration of the film. A particular film like this one is definitely for audiences that like to be constantly guessing until the very end and beyond. The acting in Hell or High Water is phenomenal; Chris Pine and Ben Foster pull off perfectly charming southerners and Jeff Bridges plays the perfect cynical Texan. The last half hour of the movie is worth the price of admission and will have audiences thinking about it outside of the theatre.

Who would hate it: Audiences that dislike slow films, western settings, or Jeff Bridges.

Why: Hell or High Water could drag at times as unnecessary scenes that felt irrelevant went on longer than they needed to and failed to further the story. It would have been nice to have these pointless moments cut from the movie so the focus could stay on the central elements of the plot. Also, the film would focus on uninteresting characters for longer than necessary which did not hurt the movie a lot, but it became more apparent as the run time went on. It is important to mention that Jeff Bridges is Oscar nominated for his role in this movie as Ranger Hamilton. Audiences should go into Hell or High Water knowing what to expect from Bridges’ performance since he tends to play the same archetype in all of his features. If people enjoyed his performances in The Big Lebowski and True Grit, they will enjoy it in Hell or High Water too.