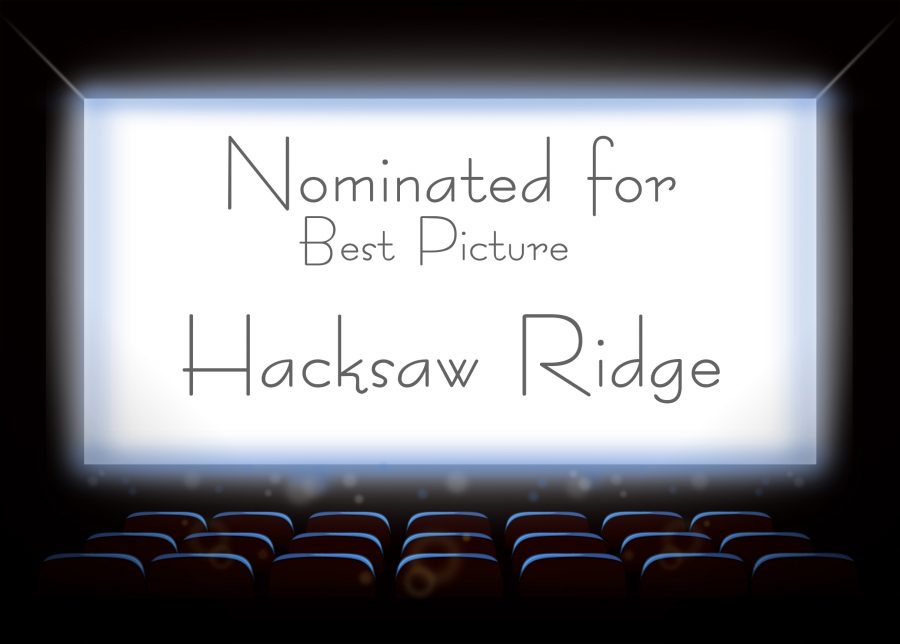 Hacksaw Ridge was released in November of 2016. Check out the trailer on Youtube.

Summary: Hacksaw Ridge is the true story of a soldier during World War II , named Desmond Doss (played by Garfield). During the bloodiest battle of World War II, he was able to save 75 men without firing any gun. For the entirety of his time on the front lines of the war, he never carried a gun. He was an army medic and felt that killing was wrong, even though he was at war. He was wounded by snipers and grenades, but that did not stop him from being a solider with his core values at heart.

Who would love it: Those who love war movies, historically accurate movies, or movies based upon faith or religion.

Why: The film attracts those who are interested in history, as it is centered on the true story of a war hero in World War II. It tells the story of a man who, despite being in one of the toughest situations one could be in, sticks to his beliefs and morals. He is able to make a positive impact in the war, by saving people’s lives instead of killing others.

Who would hate it: Those who cannot stand gore and violence.

Why: The movie has been rated R for its intense war scenes, depicted very accurately to the original war itself. It has intense scenes of realistic and graphic sequences of war violence, including grisly and bloody images.