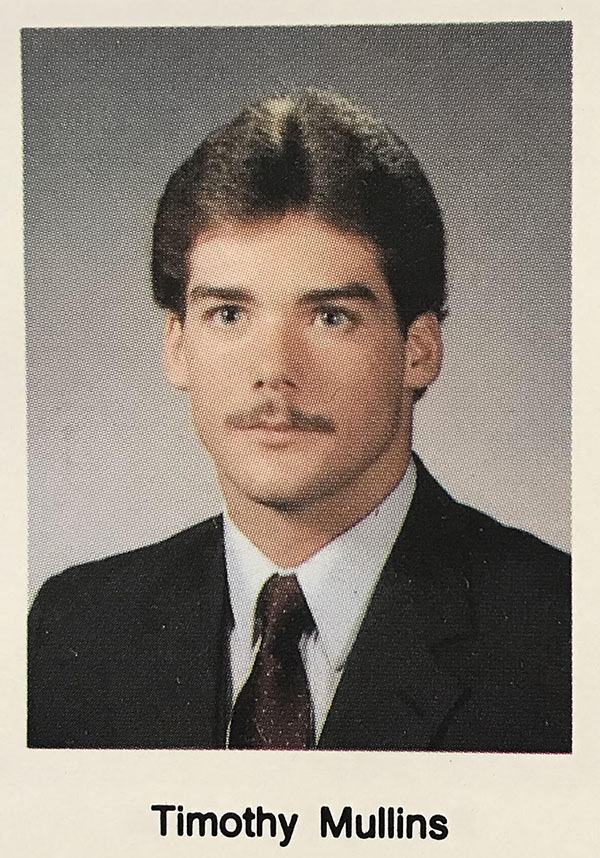 Since Rochester Adams High School first opened its doors in 1970, the tradition of excellence and proficiency has transcended greatly in the following years. Just this year, Adams has received countless awards like the 2017 National Blue Ribbon School, U.S. News & World Report – Best High Schools, and One of Michigan’s Top Scoring SAT High Schools. With Adams wide respect and accomplishments, the school is the best place for teachers and students to further their academic careers.

Many of the Adams’s staff members are actually Adams graduates. Impressed with the high school’s aptitude for learning, many teachers went to college in order to become a teacher at Adams. After interviewing a handful of teachers, it is evident that Adams is a great environment for both students and teachers.

“I always had a passion to help others and teaching and coaching was a perfect fit. I graduated from WMU and interviewed many places. Taught summer school in Rochester one year and interviewed at Brewster Elementary – Rest is history!”

“Playing sports and relationships – Beat Rochester at the buzzer my senior year in basketball.”

“It’s great- not always easy to get used to- but felt really good to be a part of a great staff I admired.”

“Playing Rochester in football at Silverdome, float parties for homecoming, floats at Adams for Homecoming, and student body association-pep band group. I went to every game and had the Highlander Spirit.”

“I was coaching varsity football at the time I decided to go back into teaching, so it made perfect sense to go for the school that had given me so much.”

“Well, the cafeteria is the same and the overall layout, but some things that have changed are the aux gym, the theatre; the hallway where all the trophies are displayed used to be “jock hall”, and it’s where all the athletes used to have their lockers. The biggest change is back in the day, some students used to smoke on campus and there was a smoking area on the top of the hill, just outside the senior locker area (I of course, did not smoke).”

“I loved Adams. It was, is, and always will be a great school filled with great people. My proudest moment would probably be becoming class president my junior year. You had to campaign and give a speech in front of your class back then. There was a lot of tough competition. Also, the night before the Homecoming assembly, a couple of guys broke into the school and placed large bags of baby powder high above the sophomore section. During the assembly, they pulled a rope and it all dropped down all over the kids. It was the greatest stunt of all time in this school.”

“There’s nobody left here from when I went here.”

“We used to have a presidential race where all the government classes participated. It was really cool. I’d like to see that again, but it’s hard when government is divided between regular and AP. We also used to have floats that the students made in a Homecoming parade. That was the best part of the fall. We also used to have fun competitions during Homecoming week during lunch between the classes. Pie eating contests, toilet paper wrapping of another student, things like that. It was a lot of fun. But all things change over time. The school and students today are just as great, and I’m proud to be a Highlander.”

“It was never my goal to come back to AHS, but it was a happy surprise. Finding a job as a German teacher can be tough and I got really lucky that RCS was hiring right after I graduated from college. I initially was motivated to become a German teacher because of the German teacher I had at AHS (Frau Barner). She is now retired, but she was a huge inspiration to me and really motivated me to continue with German. I now teach in her old classroom! I love teaching at AHS, and the fact that I know my way around is really helpful.”

“Honestly Adams looks almost identical to when I was in high school. I graduated in 2010, so while obviously some things have been changed—for the most part it looks the same. Some things that are different is the chairs near the entrance and the painted mural on the front staircase. Other than that, it is pretty much the same. I definitely get déjà vu sometimes walking around!”

“My favorite memory from high school was going to Germany between my junior and senior year. I went with 30 other Adams students and we were able to stay with host families for a month. We were able to visit a German school and stay with a host sibling that came back and visited us the following year. I also really loved going to football games, and of course the Crosstown Showdown!”

“Working with my old teachers is a little strange because I have such an idea of who they are from a student’s perspective. It’s still strange to me that I need to call them by their first names and not Mr. or Mrs. For example, Frau Stein was my first ever German teacher and now we are colleagues who eat lunch together! I had Mrs. Gemellaro, Mr. Hall (math), Mr. Domanski, Mr. MacFarland, Mrs. Lohr, Frau Stein, Mr. Bacci, and Mr. Carroll.”

“Most of the traditions I remember from high school are still around, for example: Foreign Language Week, Mole Day, Physics Olympics, wearing kilts, etc. I think if anything there are more traditions that have grown since I was in high school. When I was here the student section was pretty lame and unorganized, but now there is so much spirit! There are also so many new and different classes offered now! It’s really great to see.”

“I was living in Hawaii and my mom called and told me there were openings for science at Adams and SCHS. I was planning on coming back to Rochester at some point in my life because it always felt like “home” and, at the time, openings for teaching in good districts were hard to come by. So I figured then was as good of a time as any to come back.”

“The building is the same. They renovated it my sophomore year and we were at Stoney then moved back and all three schools opened my senior year. The student dynamic is different now- diversity is more apparent and cell phones were rare when I was in school, texting didn’t exist yet, so using technology like laptops and phones and online assignments in the classroom was non-existent.”

How is it working with your old teachers?

“It was weird at first, but interesting to see another side of them I never saw in the classroom. Most of my teachers are now retired… but I had Mr. Hall for two years in math, Mrs. Newsome, and Mr. and Mrs. Ciluffo (but they weren’t married yet!)… I also was Mr. Inman’s student assistant. I think that’s all that’s left that I had!”

“Most of what I loved is still around- the seniors wearing kilts, fan zones at games, the fun science classes, etc. Keep it up!”

It is clear to see the lasting impact Adams has on its students and its teachers. The traditions that have been passed down, the new memories being formed, and the consistency of greatness the school has brought for almost 50 years. It will be interesting to see what new traditions will be made in the upcoming years as Adams alumni continue the legacy.