The Menorah is Lit 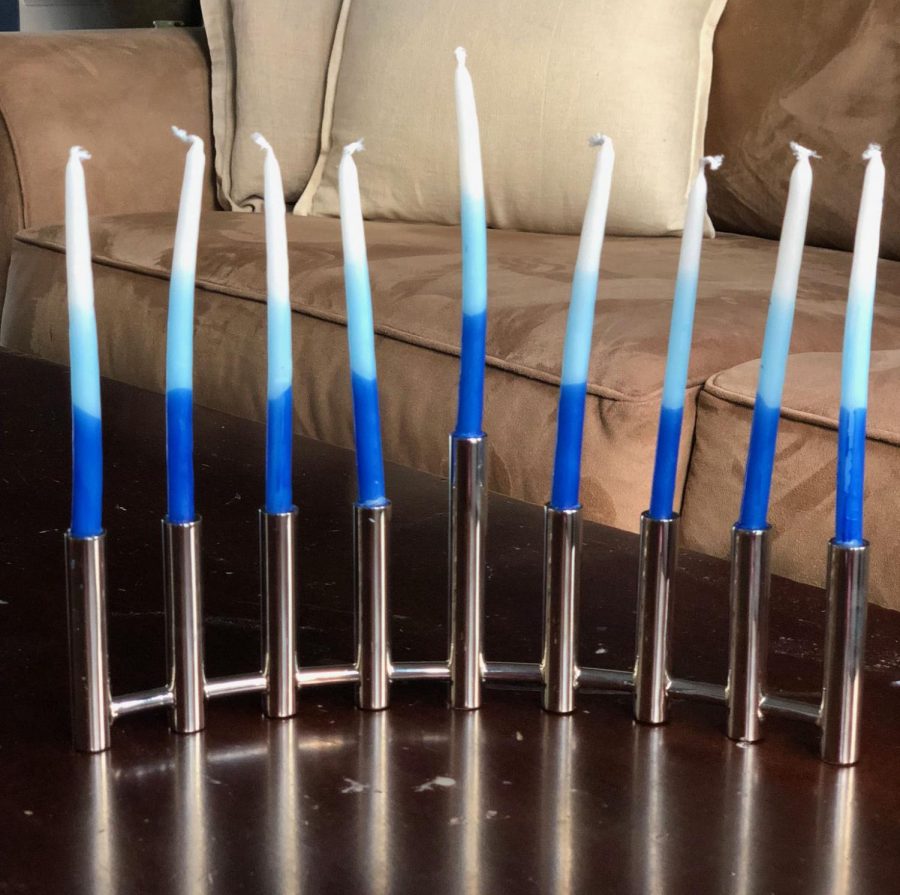 A menorah on display in the Goodman household.

For many people, Christmas is the most exciting holiday of the year. For the Jewish community on the other hand, Hanukkah is celebrated between the days of December 12th through the 20th all over the world. In Hebrew, Hanukkah refers to the idea of dedication and strength. Legend has it that during the second century B.C. in Jerusalem, the the Jews rose up against the Greek-Syrian oppressors in the Maccabean Revolt. This celebration ends up either in November or December on the Hebrew calendar. This joyous festival is sometimes called the Festival of Lights because of the lighting of a Menorah as a blessing of the Jews once the candles are lit.

Throughout Hanukkah, a single candle from the menorah is lit each day. For families who celebrate this festivity, it is common to get together and play traditional games or sing songs such as Ma’Oz Tzur (“Rock of Ages”).

This holiday has ritual objects such as the Menorah. The Hebrew origin of this word means “candelabrum” and refers to the nine-branched ceremonial lamp in which the Hanukkah candles are placed and blessed each night of the holiday. Out of the nine branches, eight are for each day of the holiday, and one branch is for the shamash (helper) candle that is used to light the other candles. In ancient times, oil was used in the Menorah. Over time, candles were substituted for oil. The Hanukkah Menorah can also be called a Hanukkiah.

A traditional game played using a dreidel derives from a German word meaning “spinning top,” and is the toy used in a Hanukkah game adapted from an old German gambling game, and each side of the dreidel has a Hebrew letter. Everyone playing the game puts in money, candy, or any small objects.

On another note, the food that is traditionally eaten includes Latkes and other foods cooked in oil. Oil is significant to the Jewish culture because of its historical context. After the ancient Jewish rituals, a jar of oil lasted lasted eight days as a symbol of peace.

“The best part of Hanukkah is the food. I look forward to the potato latkes and flourless chocolate cake every year,” said junior Emily Goodman.

The food is a very enjoyable part of this holiday for many people because of the amazing tastes and flavors.

“During the holiday of Hanukkah, we celebrate by having dinner every night as a family, light the menorah and opening of presents,” said teacher Tracye Schwarz.

Overall, the meaning of Hanukkah runs far deeper than just another holiday celebrated by people of the Jewish decent. It shows the faith and love of the culture celebrated every year for eight days. The food, games, songs and history of Hanukkah is a representation of the Jewish appreciation for their history.