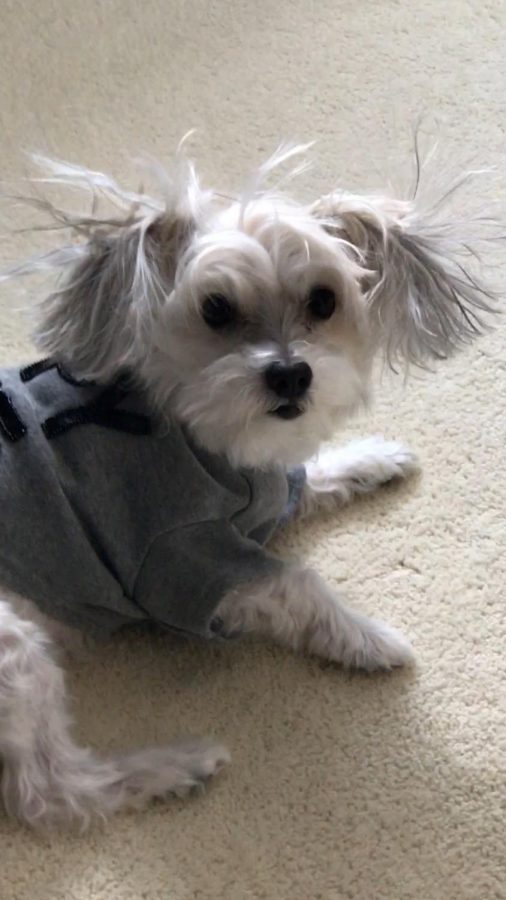 A man’s best friend. A phrase everyone knows which is about none other than the furriest friendliest creatures on the planet: dogs.

Dogs play a significant role in countless people’s lives, especially student’s here at Adams High School. From small to large, purebreds to mixes, young to old, an immense amount of students have a soft special friend that affects their daily life. Featured here are some of the cutest pals from student owners here at Adams.

Starting off with a freshman, Lindsay Kania owns not one, but two beautiful brittany spaniels named Maggie and Jessie. The Kania family adopted this pair of pups because their owner was moving to Florida and could not take them along. Fortunately, Lindsay’s compassionate family stepped in and rescued these hunting dogs which are presently ten years old. Their favorite activities include freely running around outside and looking for birds.

“Maggie and Jessie are the best dogs because they are so sweet, adorable, and always energetic,” said Kania.

Moving on to a sophomore, Andrew Martin is the proud owner of Pax a tiny bichon frise. Pax is currently nine years old and Andrew’s family adopted her from a breeder when she was an even smaller pup at age one. This little white pal’s favorite is go on long walks to explore.

“Pax is the best dog because she can always make us happy even after a tough day,” said Martin.

Up next is a junior, Sara Samolinski who just recently adopted a golden doodle. Sara named this mini canine Axl and he is only twelve weeks old. Her family adopted Axl through a breeder who breeds dogs for a living and she mentions it was a fascinating experience. This tiny lovable pet’s favorite activity is chewing on his bones, as he still has his puppy teeth of course.

“Axl is the best dog because he’s like a little baby and loves being held and cuddled,” said Samolinski.

Finalizing with a senior, Mackenzie Humphrey’s lucky pup is Zuzu. She was adopted by Mackenzie’s caring family when she was younger and is now eleven years old to this day. Hence her old age, Zuzu’s favorite thing to do is simply sleep and cuddle on the couch.

“Zuzu is the best dog because she is super chill and watches Netflix with me,” said Humphrey.

Overall, dogs hold a special place in owner’s hearts, especially owners here at Adams High School. No matter the size, color, breed, or age, all dogs are loving creatures who make their families as happy as a pup receiving his favorite treat. They can sense a troublesome day or an ecstatic day, and are there for people no matter the circumstances. Simply based off these four adorable pups, one can easily conclude their significance. After all, who does not enjoy an embraced welcome the second they walk in the door?