Parents in Politics: The Passing Down of Beliefs 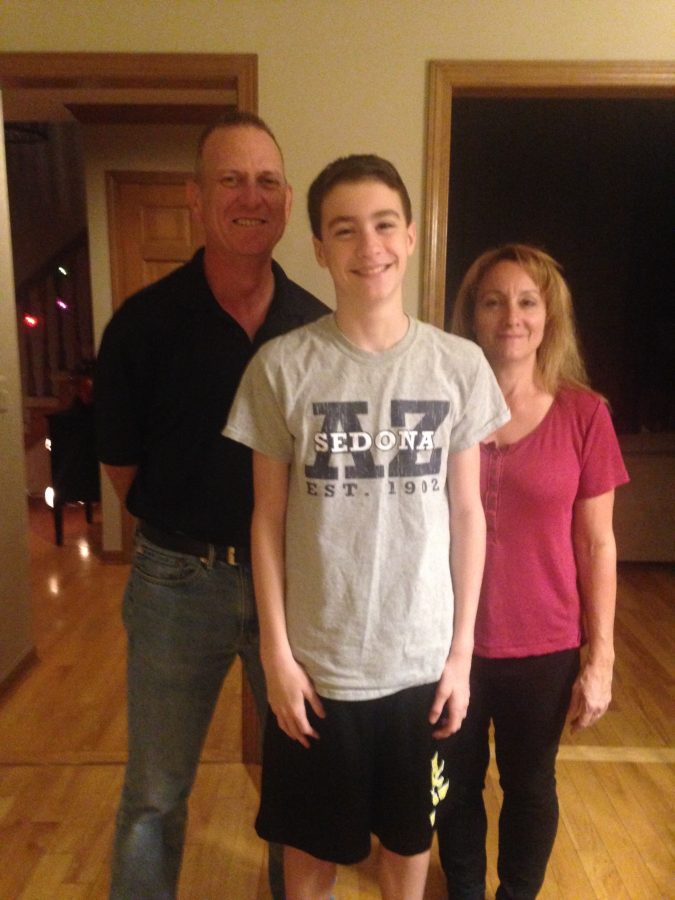 Have these parents passed down their political beliefs to the child? (Ed Adair, Nick Cimino, Kim Adair)

With the election coming up on November 8, people across the country express their political beliefs through clothes, posters, social media, and, of course, voting. From childhood, media and society influence an individual’s stances, but the most powerful impact on young students is their parents’ viewpoints.

Some say that a person’s political beliefs define who he or she is. That being said, a student cannot be defined using a parent’s stance or belief. Furthermore, the idea that everyone is unique and has his or her own beliefs may not be true until a certain age. A study in 2014 by the British Journal of Political Science illustrated a jump from a parent’s belief in politics, to a new opinion, frequently in college years, when the child is introduced to new viewpoints and ideas.

“I believe that my parents influenced my perspectives on politics from an early age, and they are still a basis of my political beliefs to this day,” said junior Jeremy Wang.

Not all students agree with Wang, as some students hold a variety of individual opinions.

There are many subtle ways a parent may be able to pass down biased information to their child, whether it be consciously or not. Wearing political clothes, discussing politics in front of the family, or watching certain channels that have a political bias, like CNN or FOX, all impact the influential mind. In a study by The Gallup Youth Survey in 2005, seven out of ten teens in the U.S. share the same political beliefs as the parent.

“I have noticed that my parents have disagreed with candidates or parties that they don’t support in front of me,” said junior Prateek Pinchi.

Research done in 2014 by The Atlantic’s Politics and & Policy Daily, singled out one such family. John Wilder, a husband and dad in Jacksonville, Florida, decided to raise his children as conservatives from an early age. He says that he was able to influence all three of his children through facts and logic that he showed to them which defended his belief as a Conservative.

So if this is true, what are the reasons for parents to spread their ideas to the child? The parent may think the child is too young to understand politics; thus, the child must agree with the adults beliefs until he or she becomes older. Another explanation could be the parents’ closed-mindedness in action; if  parents believe only their stance on politics is right, they will want their child to think the same way.

“Obviously I’m not a parent, but I know that at some point everyone feels that their opinion is right, and that they should spread their belief to others,” said sophomore Katie Miller.

In every family, there is always a possibility of a parent attempting to spread his or her ideas of politics to the child. With the election drawing closer each day, it is more important than ever to fight for a personal belief in politics, even if it rivals a parent’s opinion.

“Even among baby boomers, those who wound up having children have turned out to be remarkably similar to their parents in their attitudes about ‘family’ values,” said Phillip Longman, a leader at the American Foundation from The Gallup Youth Survey.