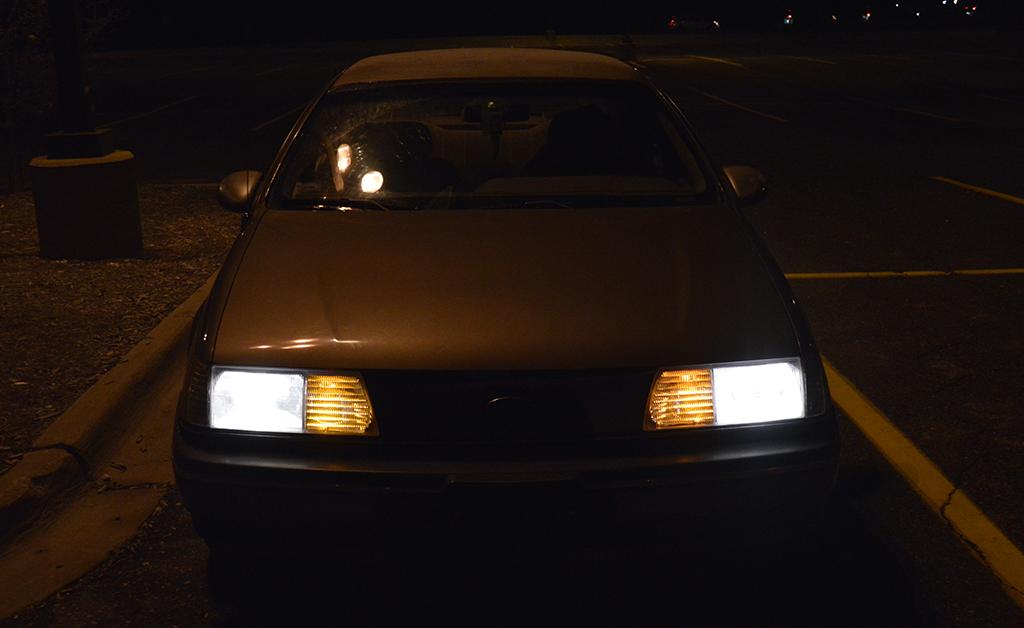 After 9 p.m., the per mile crash rate for teenagers is three times higher than during the day, according to the Department of Motor Vehicles (DMV). The DMV also reports that for novice drivers, the risk of fatal crashes is 3.6 times higher when driving with passengers than when driving alone.  Ironically, night driving and passengers are two aspects of the new driving game called Hostage. But once blindfolds, street racing, and precarious neighborhoods are added into the mix, this seemingly harmless and thrilling game provides many risks.

In Hostage, the rules are simple. Players meet at a central location and split into two teams consisting of a driver, navigator, and two hostages. The driver and navigator take the hostages from the other team, blindfold them, and drop them off in an undisclosed location. The hostages can then remove the blindfolds and are in charge of contacting their driver and navigator to rescue them. The first team to gather to the central meeting wins.

“As long as you’re smart about it, it’s a blast” said senior Vanessa Kleino.

However, in a nut shell, the title of the game gives it away. Players are either blindfolded and ditched in the middle of nowhere, or forced to speed tirelessly throughout the middle of the night. So why would this game appeal to anyone except for the mentally unstable?

“The purpose is to get a thrill out of being lost,” said senior Helaman Sanchez. “It’s scary, but that makes it fun!”

As a part of the thrilling experience, the consensus among players is that the more secluded the place to drop off the hostages, the better. These locations include numerous dirt roads, random buildings or warehouses, the depths of subdivisions, and other cities like Lake Orion and Pontiac.

We were,” said senior Joey Urreta. “I’ve never had extreme difficulty determining my location, but sometimes it takes a little bit of time.”

The basic constraints of the game are that hostages cannot use a GPS and players set a standard proximity for time, location, and speed. While some like to keep the game as a free-for-all and not enforce any other rules, others add the restriction that the hostages cannot be brought anywhere dangerous.

“In a game like this, there is always the risk of an accident, or people putting other’s lives in danger by entering risky areas where there are gang problems,” said Deputy Wayne Lake.

The real attraction to the game is not only for the adrenaline junkies to get their fill, but to spend time with friends in an adventurous, but legal way.

“I will absolutely keep playing Hostage! I will make sure to include as many people as possible too; it’s exponentially more fun with large amounts of people,” says Urreta.

Although Hostage provides wholesome fun for what could have been another mundane Saturday night, it certainly flirts with the border line of danger. Deputy Lake assures that the game is legal as long as all the participants are willing and no driving rules are broken. Luckily, he has not had any hazardous incidents with the game yet, even though it certainly has potential for crisis.

“People try to imitate games like ‘The Great American Race,’ but don’t think of the repercussions. Teens shouldn’t take chances to put themselves in harm’s way. They don’t think of danger- only the game,” said Deputy Lake. “To those who play it, please be safe.”