Dedicating December for Families in Need 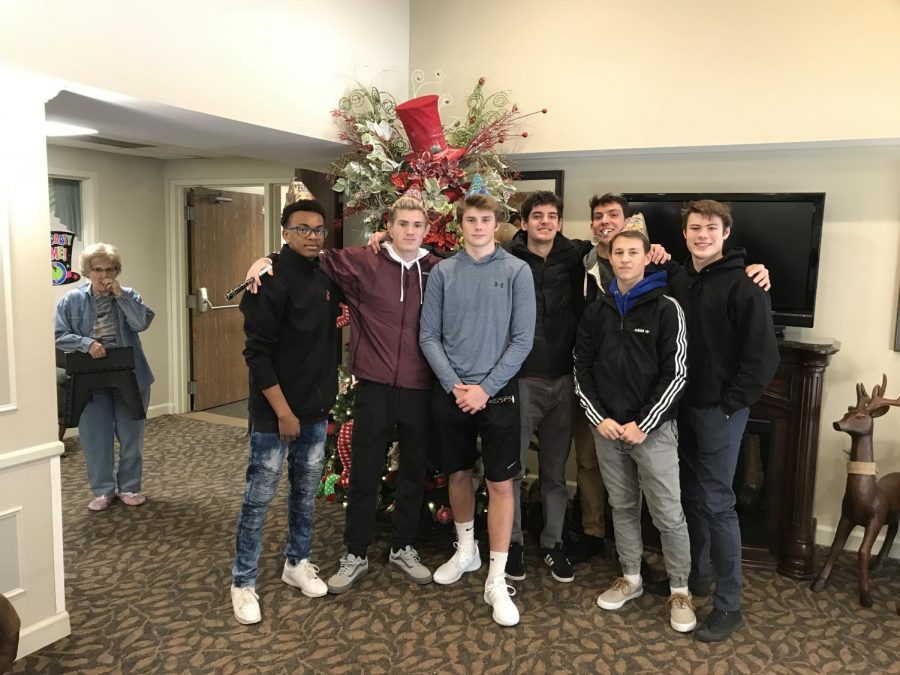 In the snowy, glorious, and joyous month of December, there are always charities out and about, ready to collect donations of money, food, and clothing to provide for those in need. This wonderful service shown every year by charity organizations such as the Salvation Army and The American Red Cross, inspires people all over to do the same. More specifically, other well-known groups of people also tend to the big help.

For two years, I have been apart of the Kappa Alpha Psi League, an organization that teaches leadership and the ways of success to high school and middle school boys and young men. As its mission, Kappa League is a program for the educational, occupational and social guidance of male students in grades 6th-12th. It was designed to help young men grow, receive, and develop their leadership talents in every phase of human endeavor.” Through my experience in the club, I learned a lot about leadership and how people in need are very thankful and sincere for assistance. Every year, there is a list of new events to take on as a Kappa League member, many of them, just for lending a helping hand.

December was a month that I recognized as a dedication to giving hope and care to people in need. The first event was all about assisting families with an incarcerated father figure and was held at Welcome Missionary Baptist Church in Pontiac, Michigan. The incarcerated fathers are fathers who were jailed and because of that, these families have trouble with surviving on their own. With amazing effort assistance provided by various fraternity and sorority organizations such as Kappa Alpha Psi, Alpha Kappa Alpha, and Omega Psi Phi, the events held were a success! More than two dozen families came to receive aid, food, and early Christmas presents provided by the fraternities and sororities. As soon as the first family walked through the door, there was an immediate sign of joy from the family members. As the juncture continued, more people rolled in as expected, and every single individual looked as if they had left their troubles behind focusing on the positive energy to bring for the new year.

The Kappa’s also hosted at the Pontiac Kappa League center, a gift-giveaway to families who could not afford Christmas gifts. There were at least 20 Christmas gifts given to the families along with a few boxes containing food and blankets. After the giveaway, the mothers of the families ended up giving a speech on how grateful they were for all the gifts and necessities they had received.

Because of my experience with the League, I was inspired to start something similar at my high school, Rochester Adams. In October 2017, I established a club that is dedicated to assisting the elderly.
With age, it can be harder to do activities as when one was young, so on that note, help was the main focus of this new event and was showcased at a senior living facility, American House. With help from Rochester Adams’ newly formed club, the Elderly and Dementia Assistance Club, a crowded Christmas Eve party at American House was soon aided by the help of the club members.

“I went there, had a good time, danced a little bit, and got them involved. Everyone had fun, and that made me and the other members happy to help out.”

The members of my club helped serve food, clean up, and danced along with the senior citizens at the party, which filled everyone with joy. There will be an even greater amount of elderly people warmed with help and happiness in future events.

“Never thought I would be apart of anything like this, but I am glad I am now. One thing to remember is that it is all about putting a smile on those people’s faces,” said senior Jack Schiller.

After December ended, many moments of charity work and community service have not been forgotten, especially by the people who received help from these services. I have learned that people in need can really be grateful for your choice to take time out of your schedule, to assist them. For the people who have never partaken in a volunteering event, think about it, and realize that from your service comes happiness and appreciation. One small and necessary change to a community, state, organization, or just one individual person can be life-changing. And after that thought, open up your eyes and see that making a difference in your community can also bring joy, to oneself.