The Baseball Season Hits Off 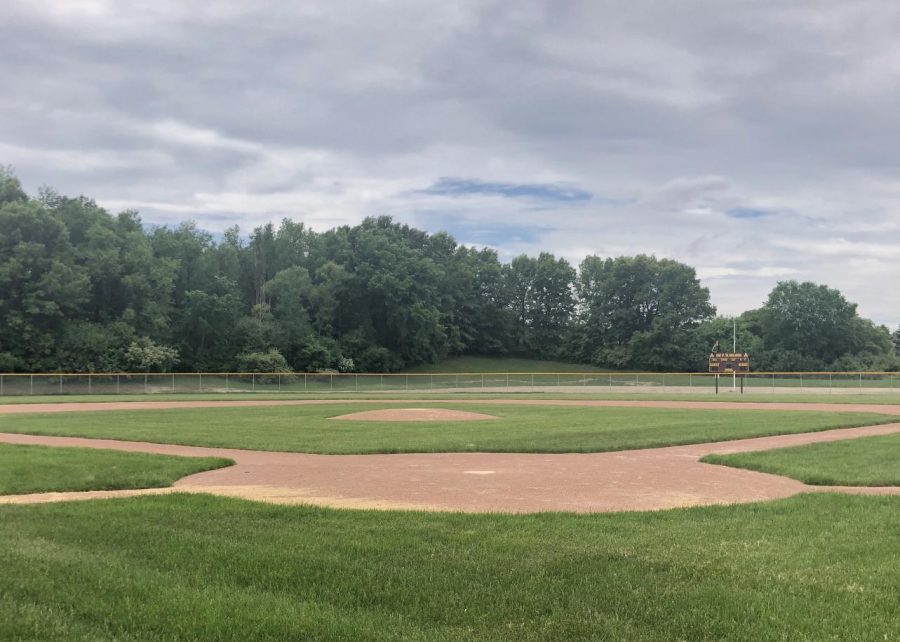 As the weather starts to warm up, baseball season is hitting off for the Adams boys. With the conclusion of tryouts, the boys are getting ready to start an unforgettable season. There is just one problem, the baseball field will not be ready for this season. The field is an expensive project costing less to fix than re-piping the original field which is the replacement of the pipes underneath the field. The new baseball stadium is consuming the upper fields behind Adams.

The field not being ready is creating a huge issue with practices and games. Students now have to workout in the gym. The prac

ticing situation is not ideal because the players are not able to have a realistic setting and practice on an actual field.

“It would have been nice to play on our own field but the games don’t bother me, it’s more of the fact that we don’t have a field to practice on all year. And we are stuck in the gym,” said junior Brett Nixon.

It is difficult that the baseball players do not have a home field to get comfortable with and practice on. The gym is not cutting it because it is hard for the players to get a good feel for where they will be positioned on the field as they are during the games. Some players are even getting injured due to the hardwood floor they are practicing on.

“It’s unfortunate that the construction workers screwed up the infield, so we can’t play on it until may most likely, but it’s cool that we could be playing some of our home games and practices at Oakland University,” said junior Michael Toeppner.

Besides the struggle of practicing in the gym and the inability to play on a home field this season. The seniors on the baseball team are unable to play their final season on the Adams field due to the field construction. In the end, once the field is complete, the boys baseball team will have a brand new place to win some games.