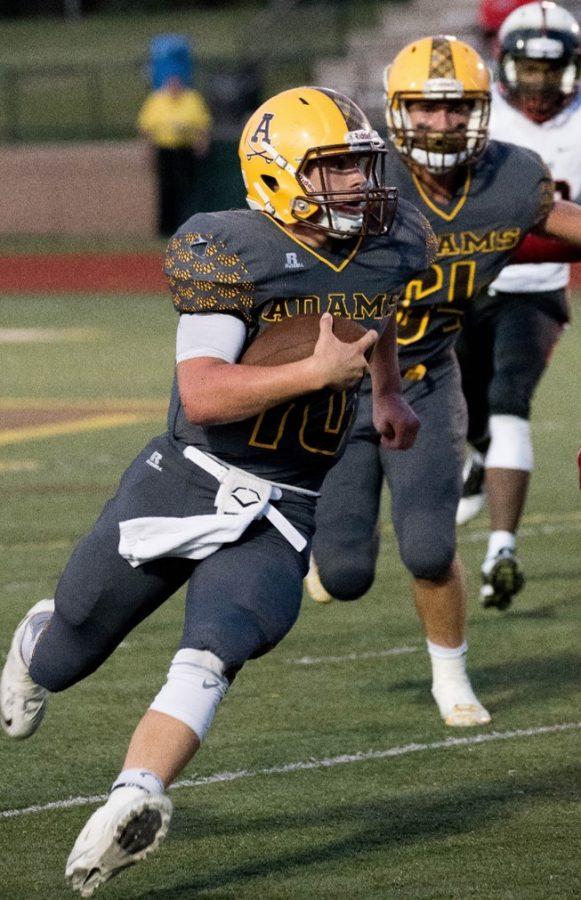 Kyle Wood carries the ball for one of his many first downs.

Starting Quarterback senior Kyle Wood (#10), played a near perfect game in an offensive showdown against Oak Park last Friday. Wood threw multiple touchdowns and managed the game like a professional; unfortunately, the Highlanders were defeated 44-43 in overtime against Oak Park.

With the score 36-28 in Oak Park’s favor, the Highlander defense made a stop with 2:30 left in the 4th quarter and gave Wood a chance to put together a drive to remember. He led the team’s offense into the endzone in just 75 seconds with a touchdown pass to starting tailback senior Johnny Brucia. Wood also completed the two-point conversion to Brucia, sending the game into overtime. In OT, the Highlanders struck first with a quick touchdown and extra point, but Oak Park went for two after their touchdown and ultimately won the game.

“These games are season defining, and although we did not come out on top, we put ourselves in a position to win the game. I know we will be ready for next week and keep competing the best we can,” said Wood.