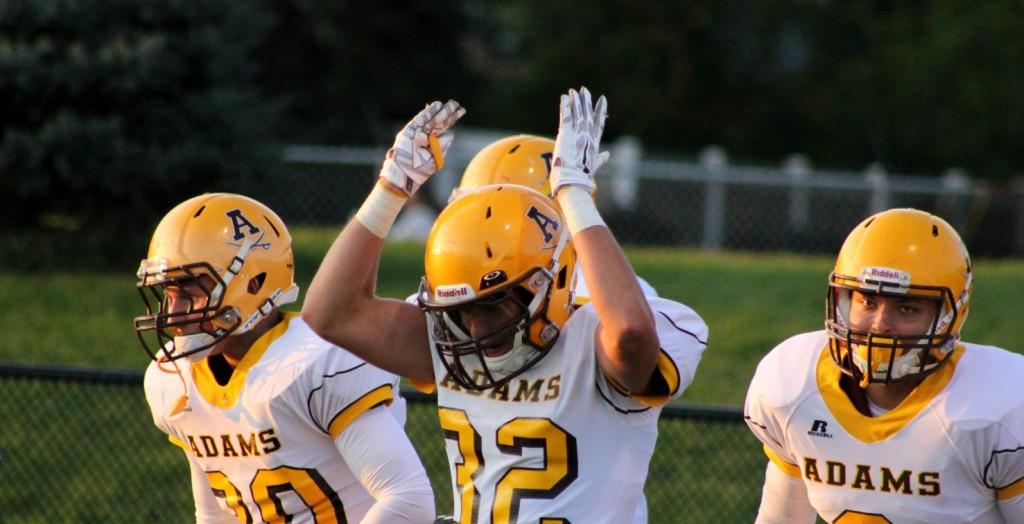 The AHS defense celebrates an interception against Royal Oak.

Just over halfway through the 2014 football season, the Varsity Football team is 2-3 and suffering from injuries to key players.
“I’ve never witnessed a team with so many injuries so early in the season,” said senior captain Paul Moceri.
Moceri is one of six players currently out due to injury, but he will be back at today’s game against Farmington Hills Harrison. Junior Jamie Perry also hopes to return from his injury in the next few weeks. Harrison is 4-1 going into the game with an overall strong team.
“They certainly present a challenge. However, it is definitely a winnable game. We just have to manage to put together a complete game,” said coach Mark MacFarland.
With players returning in the next few weeks and team chemistry continuing to build as the season continues, fans can be hopeful of the Highlanders’ future.
“Everyday I can see our team becoming more and more like brothers as the season continues. We’ve been working hard and preparing well,” said Moceri.
For the Varsity Football team’s remaining schedule check out their website. Our photos from the previous five games can be viewed on Flickr.