A Valiant Effort Comes up Short 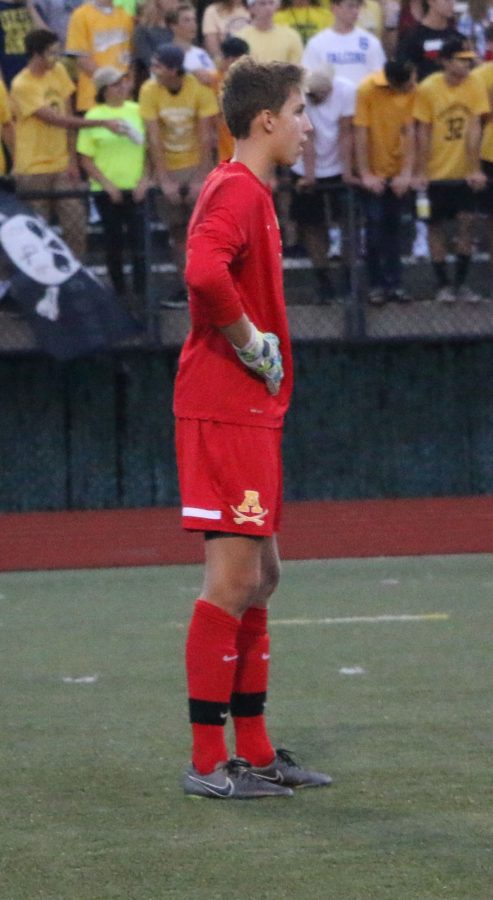 With four years as starting goalkeeper under his belt, senior Dylan Brown played a nearly flawless game against the crosstown rival, the Stoney Creek Cougars. This game, on Tuesday, September 27, was a defensive showdown headlined by both team’s goalies and their amazing gameplay. Unfortunately, a late goal by Stoney Creek gave them a crucial 1-0 road victory.

Dylan kept the Highlanders in the game all night by stopping a plethora of shots on goal by the Cougars. A recent commit to Denison University, Dylan has been the backbone  of the stellar Highlander defense. With brilliant saves all night by Brown, it seemed like the Highlanders gained the momentum needed to win the game. The score was deadlocked at zero, until the 76th minute, in which Stoney Creek’s Pablo Kulyckyj scored the lone goal to give the Cougars a shocking 1-0 win. The Highlanders fell to 9-4-4 for the season, but are poised to make a deep playoff run for the third year in a row.

“Rivalry games are always exciting,” said Brown, “Although we did not come out victorious, I know we have the pieces and the talent to reach our full potential before the end of this season.”

The Boys Soccer team is putting together another successful season and hope to reach the State Semifinals for the third year in a row. With Brown leading the way, fans should be excited for the future of this team.