The Return of Halo Reach 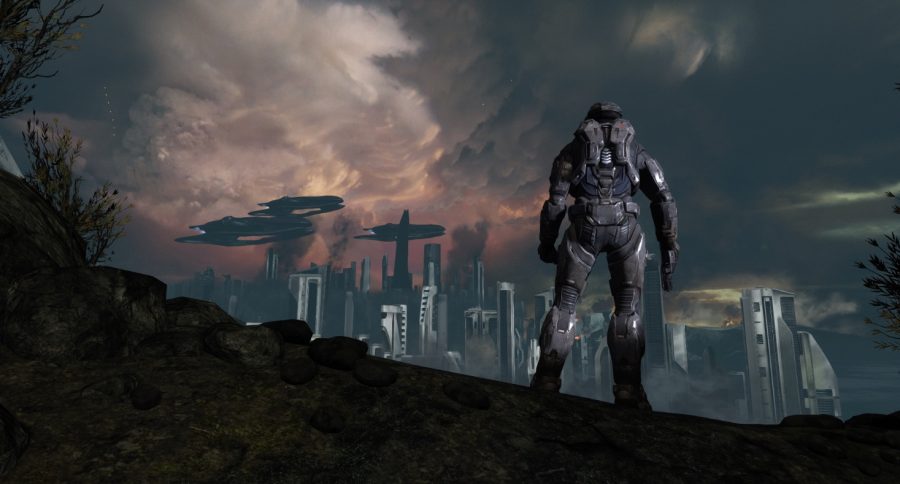 Screenshot by Chase Montour of Noble 6

Halo Master Chief Collection Noble 6 overlooking the city of New Alexandria as it gets bombarded by the Covenant.

December 3rd saw the return of what is considered by some the greatest video game of all time: Halo Reach. Halo Reach was originally released on September 14th, 2010. It was a huge success, becoming very popular shortly after its release. Reach was just added to the Halo Master Chief Collection (MCC), a collection of every game in the Halo series with the exception of Halo 5 Guardians and Halo Wars 1 & 2. Halo Reach is the second addition to the MCC with the first being another iconic game, Halo 3 ODST.

Although Halo Reach is the 6th game in the series, it takes place first chronologically in the Halo timeline. People play as a group of spartans known as Noble team, Noble 1 (Carter), Noble 2 (Kat), Noble 3 (Jun), Noble 4 (Emile), Noble 5 (Jorge), and Noble 6 (the playable character). The game starts off with Noble team looking for insurrectionists on the planet Reach, but they soon stumble across the alien alliance, known as the covenant. They soon find out the covenant is there to destroy the planet and kill everyone living there. Noble team and the rest of the UNSC (United Nations Space Command) try to defend the Planet.

The player plays through many iconic missions such as Long Night of Solace where they fly around in Saber spaceships, shooting down a covenant supercarrier. Noble team is put in the task of escorting the Cortana, an AI program, to the Pillar of Autumn, a spaceship, where she becomes a main character in the following Halo games and a key tool to the covenants defeat in later games. She is given Master Chief, the main Halo spartan players play as in Halo 1-5. Eventually, Noble team and the UNSC cannot hold off the covenant anymore and the covenant starts to nuke the planet.

The Spartans of Noble team get killed one by one with Noble 6 sacrificing himself during one of the series’ famous missions, Lone Wolf. Jun is the only spartan of Noble team to survive the onslaught of Reach. He escapes with Dr. Catherine Halsey, who is the creator of Cortana and the Spartan program. The story ends with the Pillar of Autumn arriving at Installation 04, which is where the first Halo game, Halo: Combat Evolved, begins. Some people think the Halo Reach story is the best in the series.

“Halo Reach is by far my favorite campaign, being able to play it again is a dream come true. The nostalgia the music and missions bring have is like no other game I have ever played,” said sophomore Drew Brown.

Like the campaign, Halo Reach’s multiplayer is considered to be one of the best in the series. Similar to the other Halo games, Reach’s online and split screen was revolutionary for its time. Many friendships were built and destroyed in the basements of kids’ houses playing the game until the early hours of the morning. Being able to play game modes such as “SWAT” and “infection” brings back childhood memories for many students.

“It’s just like I’m back in elementary school again playing Halo without a care in the world,” said senior Ben DeGrieck.

So far, Halo Reach’s return has been a huge success. Since its release, Reach has been the 3rd most played game on both Xbox and Steam, with north of 150,000 players per day. It can safely be said that Reach is back and here to stay for a little while.