Greek Life is the Good Life 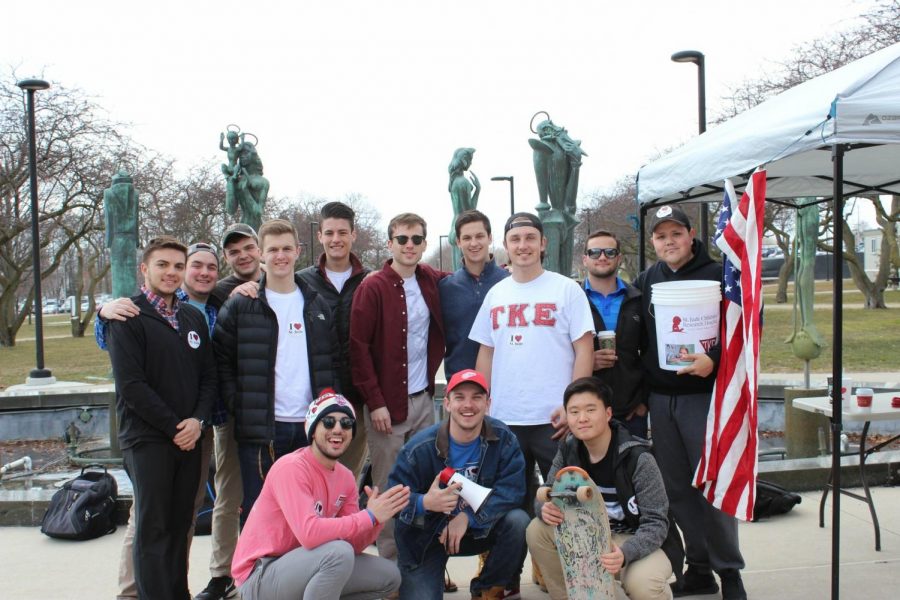 When fraternities and sororities come to mind, most people’s immediate thoughts are about parties, drinking, or hazing. However, when the news post stories revolving greek life, they tend to be bias by only focusing on the negatives and extremely rare unfortunate events. Greek organizations are groups of either all boys or all girls who bond together and participate in a variety of events year round. These groups are known as fraternities and sororities, and form under two or three greek letters by which they represent and honor. Members of these groups become “brothers” and “sisters” for life with an unbreakable bond. Although the greek community obtains a bad reputation, the immense amount of positive impacts and aspects it has outweighs the negative.

Being apart of greek life has a positive impact on its members as it prepares them for their future. For instance, Greeks are given the opportunity to apply for leadership positions. Some of the many include president, vice president, treasurer, and social chair. Holding the responsibility of one of these titles can lead and prep an individual for a job they may find interest in. Take social chair for example. This leader helps with planning and budgeting which could potentially equip them in a future profession such as a realtor or designer. Additionally, even if a member is not apart of their executive board, they still gain qualities that help them get career ready. In fact, according to the New Jersey Institute of Technology, 43 out of the 50 largest corporation in the United States are by led former frat men and the first female senator belonged to a sorority (“Fraternity and Sorority Facts”). Consequently, it is proven both historically and presently that greek life assists people in preparation for real life within the sphere of careers.

With the opportunity of fraternities and sororities, members can gain highly valuable characteristics. Teamwork is one of the main lessons that greek community largely promotes. This characteristic is evident as members work together on a daily basis with people of various personalities and ethnic backgrounds. Based on these aspects, greek members learn the ability to collaborate ideas and compromise on opposing opinions. Additionally, greek life has a great number of events and activities that assist in bonding all the members together.

“As a current member of TKE, I have participated in almost all of my fraternity’s activities because it helps the whole chapter create an even tighter brotherly bond. My favorite recent event was our charity for St. Jude. A great portion of my fraternity brothers and I raised a huge amount of money that surpassed our goal and shaved our heads together in support of the fundraiser. Being apart of this taught me the value of teamwork and brotherhood as my frat collaborated for long hours together to prepare for the event and then celebrated our success from it,” said Oakland University junior Tom Weddell.

Evidently, the enriching events that fraternities and sororities are involved in lead to the ability of teamwork.

Time and money management are an additional skill obtained by people apart of greek life during college. These are both vital characteristics to have as it can be used throughout one’s whole life. Learning to manage time can help a fraternity or sorority member excel academically, as this student must balance their time between studying and social events. Based off of a study from a group of Harvard University and Syracuse University professors, they “found that joining a Greek organization “had a dramatically positive effect on persistence to graduation.” According to the study, 90% of fraternity and sorority members were still enrolled during their senior year, compared to only 70% of non-Greek students,” (“I Still Think Joining A Fraternity,” 2015). Statistically speaking, it is fair to say that greek college students have higher academic performance which can be a factor of their time management skills.

“Being involved in greek life helped me manage both my time and my money much better. My time management skills have improved because I needed to learn how to balance time between studying and social events. I also learned that I have to balance out my savings for my dues and tuition along with my extra spending money for events or parties,” said Weddell.

Clearly, it is evident that the aspects of greek life can lead members to acquire valuable and productive time and money management practices.

Critics of greek life claim that it is solely revolved around partying and their parties are severely dangerous. However, members of fraternities and sororities spend a significant portion of their time volunteering and are required to follow strict rules to keep the greek community safer. College students involved in greek life volunteer in a variety of charity events that have a symbolic impact on the nation. In fact, the greek system is the largest network of volunteers in the US with members volunteering for 850,000 hours annually and donating over 10 million hours of volunteer service each year altogether (“Fraternity and Sorority Facts”). Take Western Michigan University’s greek events for example.

With that being said, the greek communities participate in numerous charity events every year raising a substantial amount of money that helps make a true difference for nonprofit organizations.

Another aspect which has recently improved the safety of greek life is stricter rules. At countless universities across the country, there has been additional rules established that fraternities and sororities must follow which have made a positive impact on campus life.

“We have a security guard that comes around our house every night from Thursday night through Sunday night from 10 pm to 4 am to keep our houses safe on the weekends. My sorority and every greek organization on campus at Western are not allowed to haze, and if you do get caught hazing you’re chapter immediately gets shut down. We have study hours that we have to fill out each month for our sorority that basically just checks in on your grades and they basically just do it because they want you to put your grades before your sorority because you go to college for your education. For social media we can’t post anything derogatory, overly provocative, or anything with substances or alcohol just because it makes our sorority look bad and makes Alpha Chi Omega in general look bad. For parties we have to have a certain number of sober monitors, which are people that have to stay sober the entire time just in case anything unusual or something happens that shouldn’t be happening or anything unsafe is going on there are people there that are one hundred percent sober at the party that can take care of the situation or call for help or take someone home if they need to go home just to keep parties safer for everyone,” said Miller.

Based off of a few of the many examples of rules fraternities and sororities are currently required to follow, it is proven that greek communities are becoming a safer and more controlled environment, thus creating a positive impact.

When it comes down to it, greek organizations have a beneficial impact on its members and represent good morals. Between creating career ready individuals, promoting valuable characteristics, supporting charities, and adjusting to stricter rules it is safe to say that greek life endorses positivity. Although unfortunate and unexpected traumas can inevitably occur within fraternities and sororities, the groups’ main focuses are the anything but negative and should not be overlooked. The countless prosperous aspects which go along with these college organizations truly prove that greek life is the good life.