Can Social Media Change your Opinions? 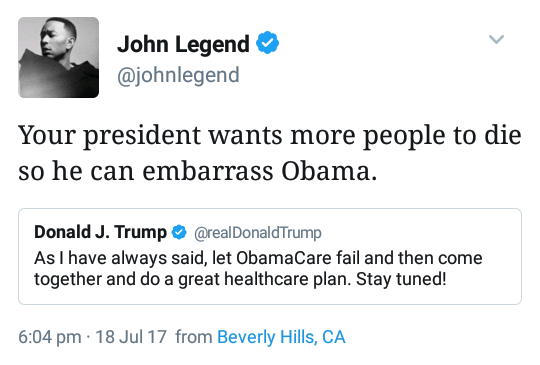 Most parents consider social media a waste of time. Other than Facebook, you will rarely see adults on social websites Hootsuite states that out of all Instagram users, only 28% are between the ages of 30 and 49. Adults do take note of the effects social media has on teens, but rarely the positive ones.

Many teachers at Adams are experiencing their children’s lives involving social media.

People dispute online over multiple topics, ranging from something as insignificant as their favorite television show character, to something more serious, sexual assault allegations or political discourse. These intense conversations that teenagers are exposed to forces them to develop political opinions at a young age.  Kids usually develop political views through parents and other  adults due to political stabilization, but since kids are now exposed to a broad range of differing opinions due to the internet, opinions have the opportunity to alter. Social media has become a political black hole. Apps like Twitter give people a space to announce unprovoked opinion to the world.  Many celebrities take this opportunity to tell their fans how they feel about a hot topic issue. By adding a simple hashtag in support or against an issue, fans can understand a celebrities political opinion. Seeing said celebrities speak out about politics and political issues will make fans start to fall in line with the celebrities values. If someone like  John Legend who is outspoken on his negative opinion of Trump, says something negative towards a law or politician, many fans will do the same.

Social media can also have a direct involvement with politics and politicians. Many politicians have developed some form of social media, whether it is used to campaign or to keep their supporters informed. Obama was known for coining the username “POTUS”, which stands for President of the United States. While Barack Obama had a more elegant twitter, the current president is known for his less than professional twitter use. Although some people support strong rhetoric, many see Trump’s Twitter as less than professional. Whether it is seen on TV, read in the newspapers or online, or in casual conversation, even here at Adams among students, it seems as if most people have some knowledge on the subject of Trump’s tweets.

The question remains, do these factors have the ability to change a teen’s political views? Junior Cate Corbeille is one student who believes social media does have an effect on her political opinion.

“Yes, the internet does affect my political views because the news gets to apps like twitter so quick, that’s where I get all my news. It shows perspectives on both sides, so it helps me align myself with what I agree with.”

Olivia Cieplak has the opposing view; she is one of the students that thinks social media has little or no effect on her political views.

“No, social media doesn’t affect me politically because my source is actual news since social media can be so biased. You never know what the truth is.”

Teenagers opinions on the matter will almost definitely be different than adults, considering their involvement with social media. It is easy to see that the factors that could change someone’s political views are all there, but it does not affect everyone. Plenty of people will not change beliefs because of a celebrity, or a tweet. That does not mean everyone is strong enough in core values, to disagree with uninformed opinions.