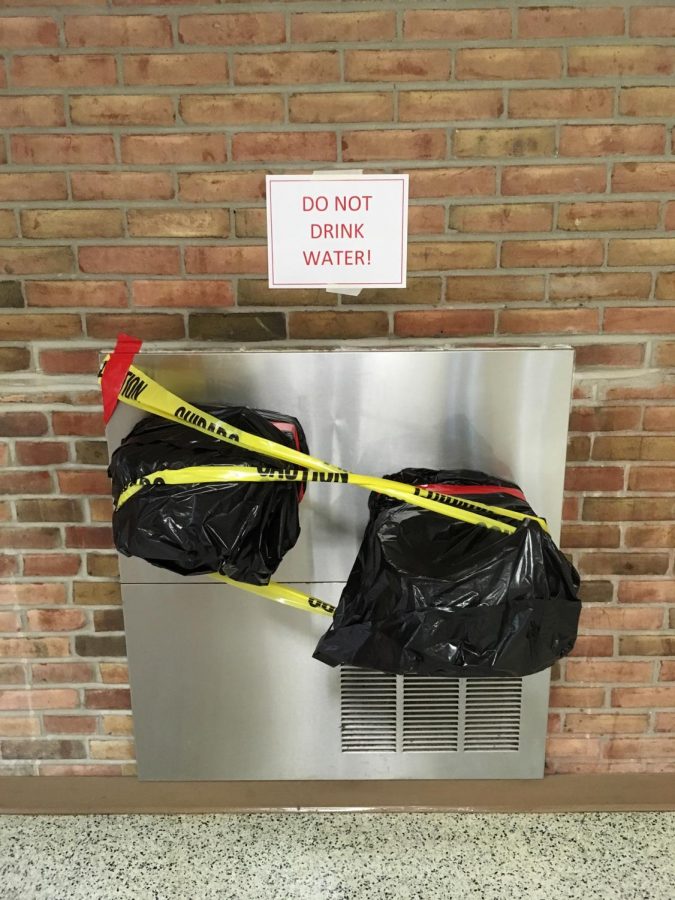 A major water main on Drake and 14 Mile Road broke on Monday October, 23. Workers have closed off a portion of 14 Mile between Drake and Farmington and have reduced the flooding on the road, but now communities are focusing on getting clean water to the people affected.

“We are gonna follow the Great Lakes Water Authority because they make the decision to put the boil water advisory into effect. So, when they say that the water main is fixed, that the pressure is back where it needs to be, and we are safely allowed to drink the water then the drinking fountains will be reopened and we’ll call it a day,” said Vice Principal Todd Calcamuggio.

Calcamuggio and the administration at Adams is providing bottled water for any student who needs it until the water fountains are up and running again. According to WXYZ Detroit News, the Great Lakes Water Authority will finish at the earliest, Friday October 27.