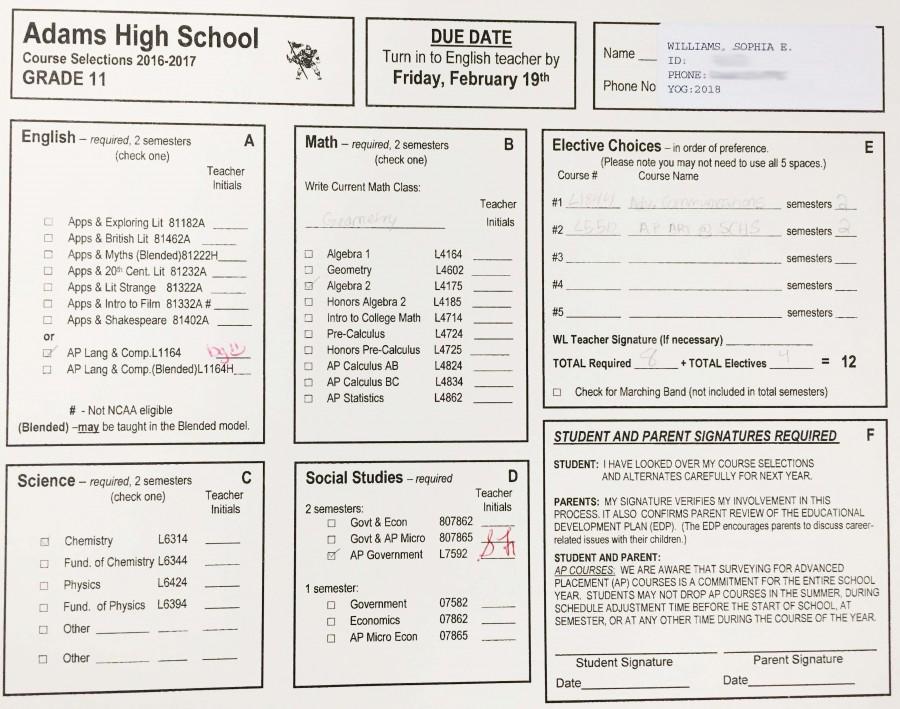 After making it through the first semester, students were grateful for the clean slate that accompanies second semester. The stark reality of the new non-negotiable schedules, however, overshadowed any of the joys of the new semester.

“I had to find the path of least resistance for all classes and we reached a point in the process when there were conflicts everywhere,” said Assistant Principal John Kelley. “The current schedule was the one with the least amount of conflict,” said Kelley.

The immutable fourth hour classes of newspaper, Student Council and yearbook, which have been rooted in their fourth hour slots for years, clashed with AP German and AP French for senior students.  Students, almost entirely seniors, who were faithful participants in theses classes first semester, and some for years past, were forced to make a choice: stay in their previous, beloved fourth hour class, or abandon it for their AP language.

Many students take AP German, but not quite enough to justify  two full classes.  A few of the AP German students, therefore,  must commute all the way to Rochester High School  for class.

Some students, determined not to give up either of their classes, have discovered their own solutions to this issue.  Two Student Council members have taken it upon themselves to set up camp in a teacher’s office first hour, their newly declared Student Council period.  Additionally. The Kilt’s Social Media Editor now takes the class in first hour as an independent study class.

When no newfangled idea appeared to save the day, students turned to the internet.  Instead of dropping their AP courses, they opted to take them online.  Although convenient, many students believe that online courses lack the instruction and preparation needed to do well on the AP test.  Currently, there are a total of 51 students taking 61 online classes.

“We’ve had more students online than any year before,” said Kelley.

A number of students have found themselves in their last alternative for an elective, and  several are enrolled in classes they never even signed up for.

“We sent our staffing for this year last spring based on student requests.  and we have to keep that accurate as possible; otherwise, it throws our staffing numbers off. So if we let everyone who wanted to switch out, switch out, we’d have classes that would have 60 plus kids in one room and the class they left have five.  We can’t staff every semester, only every year,” said Kelley.

The fact is that students are not able to switch out of any of their classes, no matter the copious amount of student pleading and parent emails. Everyone is stuck in his or her current schedule.

“I was really upset at getting my new schedule and the fact that I couldn’t change it made me even more mad,” said junior Klara Schmidt.

“Scheduling is always hectic.  What made it more hectic this year is the lack of flexibility we had in creating the schedule based on staffing constraints,” said Kelley.