The Adams Kilt • May 1, 2014 • https://theadamskilt.com/arts-entertainment/programmed-masterpieces/ 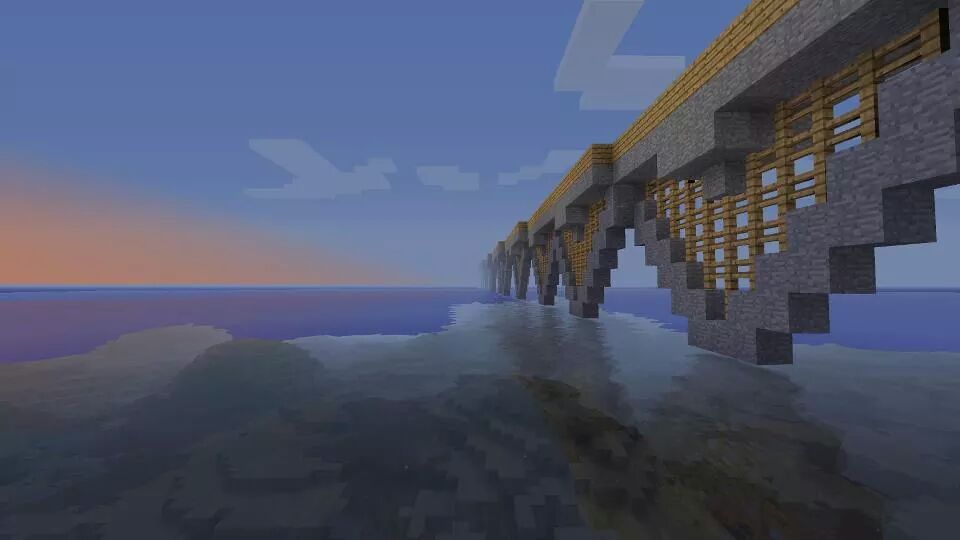 An artistic vista from a world in the popular video game "Minecraft".

In the wake of the next generation of video game consoles, it is a good idea to discuss the artistic side of video games. What started with mathematicians working with the lights of a computer screen evolved into complicated patterns of pixels and polygons. From the ageless arcade to the shiny new consoles, art in video games has persisted over the ages.

The very first video games weren’t much to look at. Tennis for Two, Spacewar!, and Pong were focused more on the math and game development rather than art. As a result, the screen of these games portrayed little more than bars and dots of lights sliding across the screen.

With the introduction of home consoles, video games had to appeal to a wider audience.  Genres began to blossom, and certain styles started to emerge. Platform games like Super Mario Bros. consisted of colorful maps scrolling across the TV screen. Fighting games in the spirit of Mortal Kombat were generally more realistic looking and involved red blood spraying across the field with every punch, kick, and stab. Racing games such as Turbo tended to have simple roads with almost three-dimensional-looking cars chugging through the tracks.

As graphics progressed through the ages, the technology to bring 3-D graphics into homes became available.  Worlds inside the video game would become more detailed, with more interactive objects; some games even included a day-night system where the environment would change depending on the time of day.

While cartoonish and awkward at first (the “humans” in GoldenEye looked more like poor quality action figures), they reached their full potential around the early 2000s. Shadow of the Colossus had the capacity to make creatures larger than life while being confined to a single screen. Okami was reminiscent of feudal Japanese drawings combined with the brightness that is a staple of Nintendo.

Whether in the form of pixels or models, the graphics of a video game paint the perfect moving picture to captivate the world. Taking its place among other art forms, the art of video games can only flourish further.