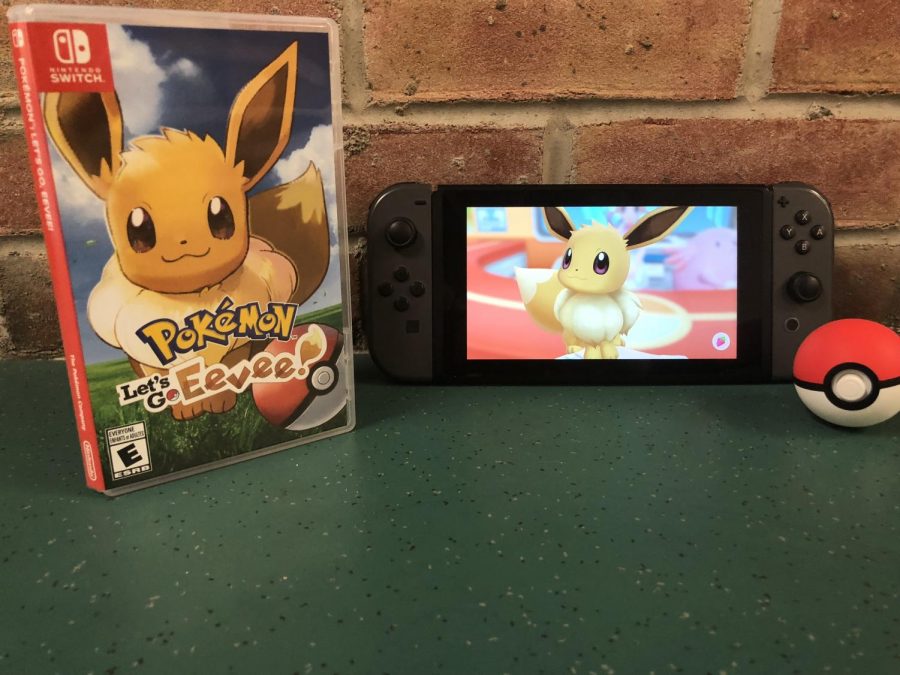 “Hello there! And welcome to the world of Pokémon.” These were the first words said by Professor Oak, the introductory character, when players booted up the original Pokémon games in 1996.

Pokémon Red, Blue, and Green versions originally released twenty-two years ago, and to celebrate the series coming to the Nintendo Switch, Nintendo and Game Freak have decided to remake these masterpieces in the form of Pokémon Let’s Go Pikachu and Let’s Go Eevee.

In Let’s Go Pikachu/Eevee the character travels to the Kanto region to catch ‘em all and be the best like no one ever was, all while trying to stop the evil Team Rocket from completing their nefarious deeds. Along the way, the character battles the eight “Gym Leaders,” extremely strong trainers who specialize in one specific type of pokemon. Whether fighting Lt. Surge, the electric type Pokémon Gym leader, or Koga, the master of Poison types, trainers are always on their toes for what challenges are just around the corner. After defeating the eight gym leaders, the character is to fight their toughest challenge yet, the Elite Four. Four of the strongest trainers in the region one after another only followed by the Champion, who is the current strongest trainer in the region. Even after the title of champion is earned, there is still much to do. For example, catching all one hundred and fifty-one Pokémon to fill your Pokédex, or fighting the master trainers who will only use one pokemon in a one vs. one battle.

Pokémon Let’s Go Pikachu/Eevee is the third time that Pokémon fans have begun their adventure in the region of Kanto and the fifth time visiting Kanto, so what the game lacks in originality it makes up for in the little details sprinkled throughout.

Compared to its predecessors, Pokémon Let’s Go Pikachu/Eevee takes a simplistic approach to the Pokémon formula by completely getting rid of the ability to battle wild Pokémon and instead putting the player in a mini game in which they only throw pokeballs in an attempt to catch their favorite creatures.

“It’s a good game but the removal of wild battles turn me away from it,” said sophomore Luke Waechter.

Upon changing one of the series’ main mechanics, Pokémon Let’s Go Pikachu/Eevee makes the game extremely easy, which was intended to bring in fans from the app Pokémon Go. Instead, this has only pushed away long standing fans of the series.

“It’s so easy, but it makes up with how cute it is,” said junior Storm Travisr.

Overall, without comparing the game to its predecessors, Pokémon Let’s Go Pikachu/Eevee is a Pokémon fan’s delight with all of its adorable features and hard-to-put-down gameplay. For the returning fan, it at the very least is a nice hold over until gen eight next year.