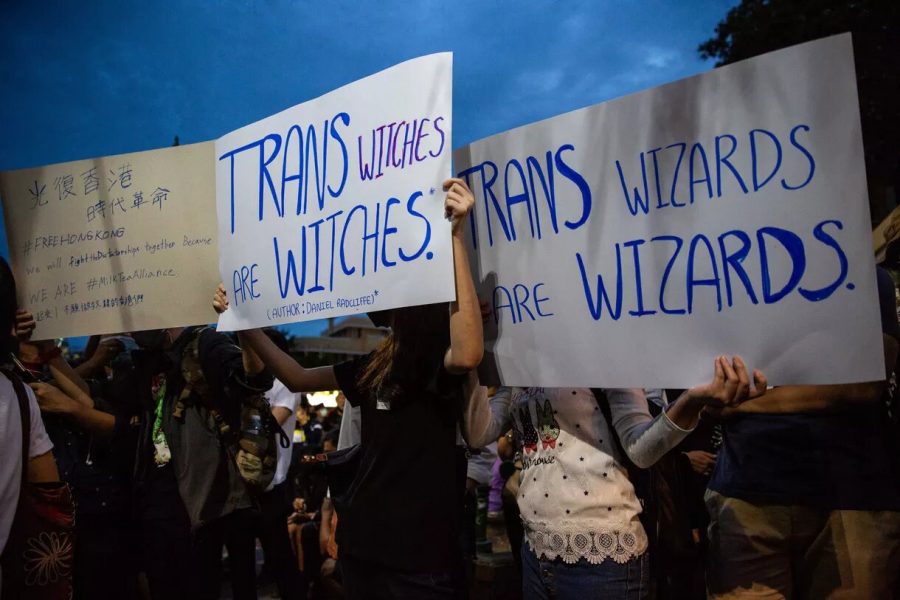 J.K Rowling’s new book, “Troubled Blood,” published Sep. 15, 2020, has come under fire for a reportedly transphobic plot. The book is the fifth installment in her Cormoran Strike series and features a cross-dressing serial killer, which is what has started these allegations.

The book centers around private detective Cormoran Strike, and his partner Robin Ellacott as they investigate the disappearance of a woman named Margot Bamborough. Their investigation leads them to a psychotic serial killer who disguises himself as a woman to murder his victims. Rowling said she based the killer off of real-life murderer Jerry Brudos, who was said to have had a “transgender period,” which further supports the allegations of transphobia. Many of Rowling’s fans are outraged by what they view as a tired and transphobic horror trope. However, if you read the book, one finds out that this killer only cross-dresses as a disguise and is never said to be transgender. The killer in the book is also not their main suspect and ends up being just a red-herring.

While the book itself may not be transphobic, this is not the first time Rowling has received backlash for her trans-exclusionary radical feminist (TERF) ideologies. In 2019, Rowling posted a tweet in support of Maya Foster, a tax specialist who was fired for tweeting something deemed as anti-transgender. This outraged many of her fans and as a response to this outrage, Rowling posted a blog completely outlining her views on sex, gender and the trans-rights movement.

“Like many others, I have deep concerns about the effect the trans rights movement is having on both.” Rowling said in her blog, referring to charities she previously mentioned that focus on women and children.

Many fans have spoken out against Rowling because of her views. Even the actors in the Harry Potter films have publicly denounced her.

This controversy has had a lot of negative effects on Rowling’s career from Bookstores pulling her off their shelves, to fans burning her merchandise and even LGBT+ rights protests denouncing her views. Regardless of whether or not people agree with Rowling’s views, there is no doubt that these accusations have changed Rowling’s career forever.