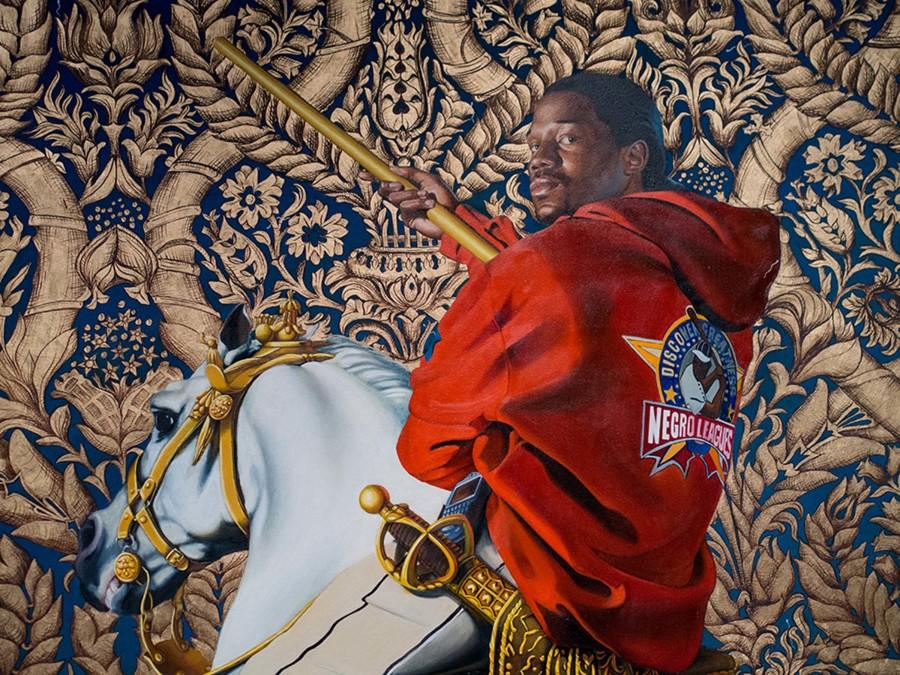 The Detroit Institute of Arts has been an icon of Detroit’s strength,beauty, and history since 1927. Their newest exhibit, “30 Americans”, only contributes to the DIA’s powerful and moving effect.

This exhibit began October 18 and ends January 18. Tickets and directions can be found on the DIA’s website.   Composed entirely of African American artists, “30 Americans” is unlike all the other exhibits. The pieces challenge the caucasian, renaissance “classics” that one would typically find adorning the walls of an art museum. Instead,the focus is on the beauty and elegance of African Americans.

Each painting is impactful and challenges the viewers’ underlying judgments. Whether it be fear, sadness, joy, or respect, every movement in a piece triggers an emotion. One of the most powerful works in the gallery is “Duck Duck Noose” by Gary Simmons due to its upsetting and dismal aura. “Duck Duck Noose” is a sculpture composed of children stools with KKK hoods circled around a noose. It provokes a powerful response from every person, no matter their skin color, social stance, or age. “30 Americans” showcases America’s history through a different viewpoint.

“Priceless #1” by Hank Willis Thomas hits close to home with the #BlackLivesMatter movement. The picture imitates MasterCard’s “Priceless” campaign, but instead of the end message being a positive, uplifting note, it is rather dark. “Priceless #1” is about a shooting or suicide; it is up to the viewer to interpret. Black shootings and injustices immediately come to mind for those who follow current events. Not only is this topic relevant, but it is also a very touchy subject for many. In a city like Detroit where the African American population is high, the grief of innocent black deaths is heavy, and touches nearly everyone in the surrounding area as well. The DIA’s decision to showcase these pieces to the public allows the city to become more in tune through messages like those in “Priceless #1.”

The representation of African American beauty through “30 Americans” is revolutionary. Throughout art history, white people have been a symbol of allure, poise, and purity.  Black people and other people of color are rarely the focus of a piece and POC artists are even rarer. Showing towering pictures of elegant African Americans evokes a feeling of pride, and for these paintings to be praised is a great historical change. These African American artists are creating a new, artistic revolution that all people must see.