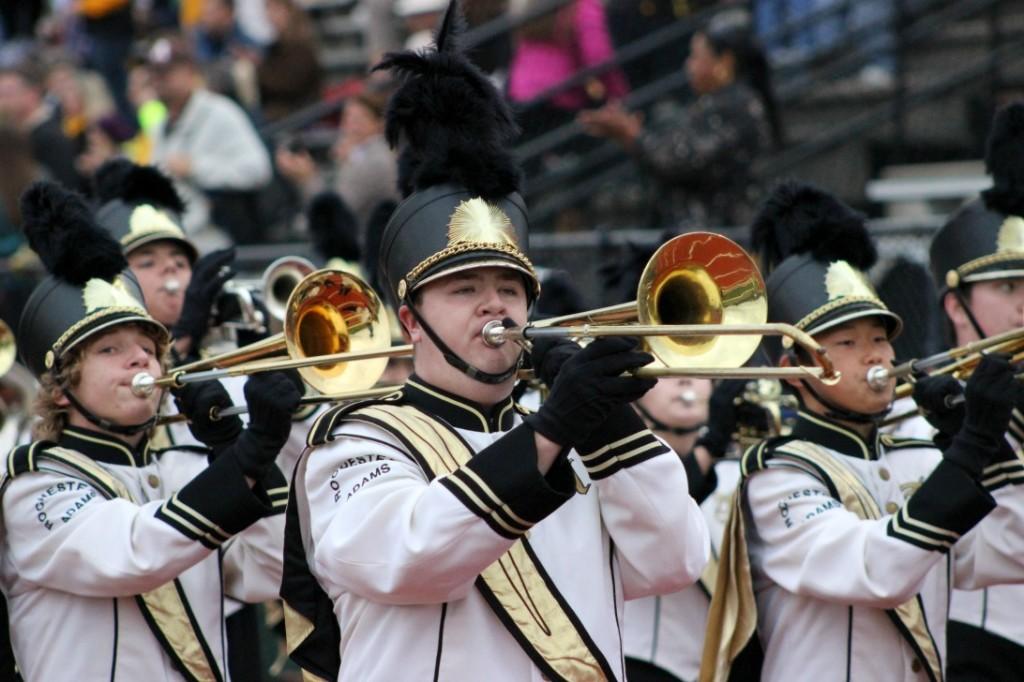 The AHS marching band performs prior to a game against Seaholm.

The 2014-2015 school year has started and the Music Department is preparing for a new year full of promise and excitement. With a full slate of performances and festivals on the horizon, both the Choir and Band are itching to start the year off right.

The marching band got its first crack at a performance during last week’s football game, where it unveiled its halftime show for the first time this year. They will be performing at every home game this year (schedule here). This was supposed to be their second performance, but lightning postponed the previous football game. Despite this ominous start to the year, band instructor James Ferden is thrilled with the early results of his band.

“I think there’s a really good vibe happening, just with the attitude of the students and especially the freshman class,” said Ferden.

The band’s fall concert is on October 23rd and will feature the Adams choir, which has music director Thomas Blue very excited.

“This year we have the largest chamber choir and largest freshman class in choir since I’ve been here. They’ve progressed so much faster than I expected that I had to dig up more difficult music,” said Blue.

With many marching band festivals, choir concerts, and other events planned for the year, there will be no shortage of excitement from the music department.